Last year was a landmark year for the Bantu Blockchain community. Since its launch in late 2020, the project had never had an active and busy social and community engagement as it did in 2022. The year saw Bantu expanding into new regions and markets, with new adoptions and use cases being developed on one of Africa’s first and promising blockchain infrastructure. Here are 5 of the major community and social activities that stood Bantu out in 2022.

One of the biggest highlights of the year for Bantu Blockchain was the partnership it signed with Visa payments to foster financial literacy and increase cryptocurrency adoption, especially among the unbanked. This partnership is also intended to bring Visa virtual cards to the Bantu network, which will help to increase cryptocurrency awareness, uses cases and adoption in Africa and beyond. This partnership was a major step forward for Bantu Blockchain, and it solidified the project’s position as a leader in blockchain technology on the African continent. Another significant accomplishment for Bantu Blockchain was the launch of the Bantu Expansion Representative (BER) program in the first half of 2022. The BER program brought together blockchain enthusiasts from around Africa and beyond to the network and which raised awareness of the Bantu blockchain and introduced it to new users and institutions. The expansion of Bantu blockchain’s influence and market share was greatly facilitated by the BER program.

Bringing on P-Square, Yemi Alade, and Mr. Leo of Cameroon as Bantu ambassadors equally had a huge impact on the entertainment industry. These ambassadors helped raise awareness and understanding of Bantu Blockchain and its mission to drive blockchain innovation and adoption in Africa. The introduction of XBN staking on the Bantu Blockchain was yet another highlight of Bantu’s achievements in 2022. The ability to earn rewards through staking XBN tokens attracted many new users to the network, as it provided an additional incentive for holding and using the token. This helped to increase the overall adoption and usage of the Bantu Blockchain, as well as helped to grow the size and strength of the Bantu community. 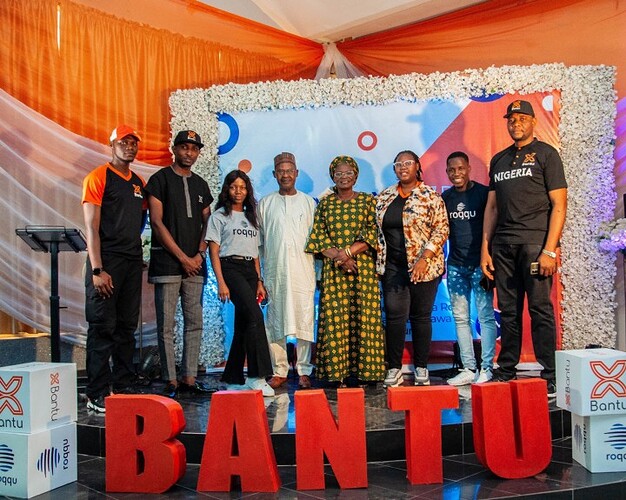 Another major achievement for Bantu Blockchain in 2022 was the performance of its native token XBN. The token reached an all-time high trading volume and price of 0.013, which is a testament to the growing interest and belief in the project. This high trading volume and price of the XBN token was a clear indication that Bantu Blockchain is on the right track and that it has a bright future ahead.

In conclusion, 2022 was a banner year for Bantu Blockchain. The project saw significant growth, expansion and new adoption.

The partnership with Visa payments, the launch of BER program, the impact of Bantu ambassadors, the Physical hangouts, and the performance of XBN token are a clear indication that Bantu Blockchain is poised for even more success in 2023 and beyond.

With a promising layer blockchain infrastructure and a growing user base, Bantu Blockchain is well-positioned to continue driving blockchain adoption and innovation in Africa.

Hope everyone is well prepared for what’s coming this year.