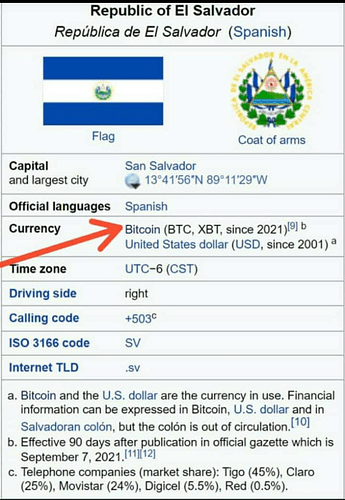 Cryptocurrency a digital representation of value that can be digitally traded and function in the same roles as fiat or national money.
In 2009, the first decentralized cryptocurrency, bitcoin, was created by presumably pseudonymous developer Satoshi Nakamoto.
El Salvador in June 9th 2021, became the first country to adopt bitcoin as legal tender. The law passed by a majority of 62 out of 84 possible votes, lawmakers voted in favor of the move to create a law to adopt bitcoin. The passed law puts the asset on equal footing as the US dollar (which is the official currency of El Salvador) and calls for mandatory acceptance of BTC throughout the country.
#ElSalvadormakeshistory