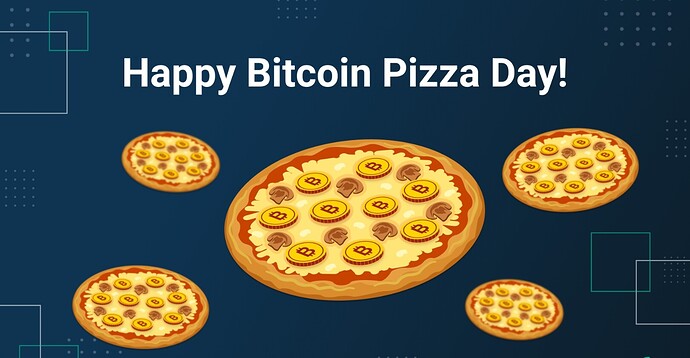 It’s 12 years already. Bitcoin Pizza Day created to honour the world’s first physical Bitcoin transaction, which took place on May 22, 2010,
Bitcoin Pizza Day was celebrated to commemorate an early cryptocurrency enthusiast who purchased two pizzas using Bitcoins on May 22, 2010 — an event that became widely and fondly known as the world’s first physical Bitcoin transaction.
Guess who that was?
Laszlo Hanyecz. A Floridian programmer that earned his first bitcoins through mining.
He offered 10,000 BTC for the pizza to be delivered to him. Those coins are currently worth $300,000,000.
Today we celebrate how far bitcoin has come