Bitcoin price tags $50K for first time since May

Since plunging to the $29,000 range in late June, Bitcoin’s price has recovered more than 72%. 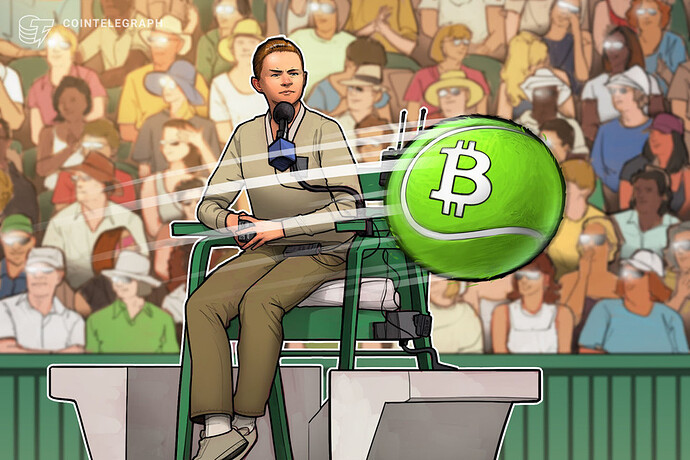 960_aHR0cHM6Ly9zMy5jb2ludGVsZWdyYXBoLmNvbS91cGxvYWRzLzIwMjEtMDgvYmE4ZThkYTgtODY1ZS00NTc5LWE1MzMtMTA2ZDA1MTFlZWRiLmpwZw==960×640 179 KB
The Bitcoin (BTC) price was back on the offensive late Sunday, touching $50,000 for the first time since May and signaling that the bull market was fast approaching its second leg.

The BTC price peaked at $50,270.00 on Bitstamp, having gained 3% on the day. The largest cryptocurrency has a total market capitalization of $943 billion.

3bff0dc1-ed34-4e3a-b4a1-1f449e39885f1090×532 19.5 KB
On-chain metrics recently suggested that a supply squeeze may be imminent, with long-term holders and institutions bolstering their BTC holdings while prices remained at a discount. A series of higher lows and a positive daily close signal have carried momentum for BTC since trading in the low $30,000 range.

Meanwhile, the Bitcoin Fear & Greed Index, which is based on a multifactorial sentiment analysis, has flipped from “extreme fear” to “extreme greed” in less than a month.

b3066068-8520-4097-ac7c-6622849fda0e945×402 61.8 KB
The cryptocurrency market appears to have turned a corner this month, with the combined crypto capitalization currently hovering at roughly $2.2 trillion, according to Coingecko. By contrast, the combined crypto caplitazation dropped below $1.3 trillion during the depths of July’s bearish market action.

While Bitcoin initially led the crypto market recovery earlier this month, many altcoins have since surged. At the time of writing, Cardano (ADA), Polkadot (DOT) and Solana (SOL) were all boasting double-digit gains for the week.

Dats massive… Next mine 56$

Looking forward to that, and welcome to the community