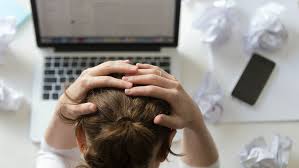 Compound is a decentralized finance (DeFi) autonomous interest rate protocol, which uses self-executing smart contracts on top of a blockchain.

Normally, users would provide their cryptocurrency to borrowers at a set interest rate, which is quantified as Annual Percentage Yield (APY). Hence, the payout of $29 million worth of COMP tokens to one user, and 70 million to another was far beyond what would normally be expected.

At the same time, the founder of Compound, Robert Leshner, pled for the return of the COMP tokens, even threatening via a tweet that the company would make public private information about its users, as well as reporting recipients to the Internal Revenue Service. Leshner later retracted the tweet.

Now am wishing this kind of luck comes my Way

I’ll circulate part of the money to the less privileged

The company want it back

Yeah I read that part too . But eye that sees supppose chop (in lame’s man language