Crypto Platforms Start Pulling Out Of China Following The Ban

One by one crypto exchanges and other related platforms are starting to announce exit plans from the Chinese market following the nation’s ban.

Crypto Platforms Like Biki, Feixiaohao, And BitMart Pull Out Of China Following The Nation’s Ban

A few days back, China announced a ban on all crypto-related transactions in the country. As a consequence, platforms dealing in digital currency-related services also naturally have to leave the market. 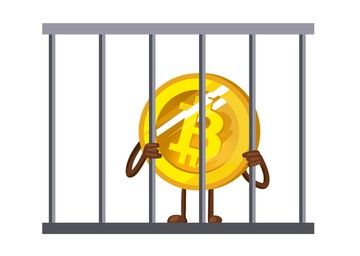 So far, at least 18 such platforms have made announcements relating to the matter. Some of these have announced dates of their exit from the country, while others have already become inaccessible.

Crypto exchange Biki has announced that the platform won’t accept deposits on Tuesday, and users can only withdraw their coins now. The firm will continue to purchase platform specific tokens till 30 October, and completely pull out its operations from the region by 30 November.

Another popular exchange, BitMart, also announced its plan to cease services in the mainland in view of the regulations. BitMart will clear all user accounts and completely terminate its operations by 30 Nov.

Feixiaohao is a popular trading info platform in the region, and it too has put out a notice regarding the end of its services on Tuesday.

Popular exchange Huobi is also removing all mainland Chinese accounts by the end of this year. Huobi had already stopped providing many services like derivatives in the country long before this ban.

With the announcement of the ban, China also announced that it will strengthen its crackdown on crypto mining so that it can reach carbon emission goals.

In view of the new regulation, ecommerce store Alibaba has decided to take its own stance by stopping sales of mining machines on its website.

How Bitcoin price reacts to the News

The news about China’s ban on crypto transactions brought with it a price drop for Bitcoin and other digital currencies.

Bitcoin lost around $4k of its value in a sharp move down as the coin went from $45k to $41k soon after the announcement.

Since then, the price has already once recovered back to near $44.5k, but has now already crashed back down. At the time of writing, BTC’s price floats around $41.5k, down 3.6% in the last seven days. Over the past month, the crypto has lost 14.5% in value.

Here is a chart showing the trend in the price of the coin over the last five days: 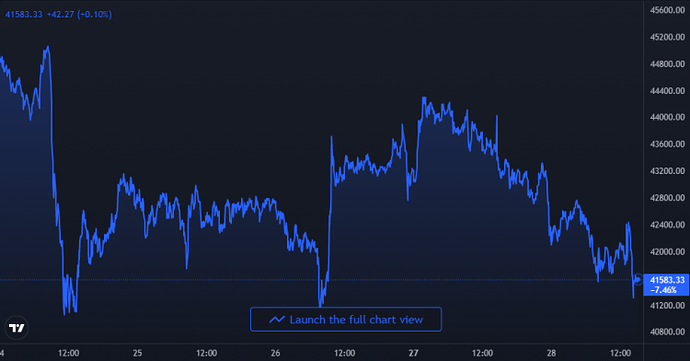 Incidentally, TradingView (the highly popular trading information website where the above chart is from) has also already been blocked to residents in mainland China.