Few things you should know about 'METAVERSE' before you DYOR 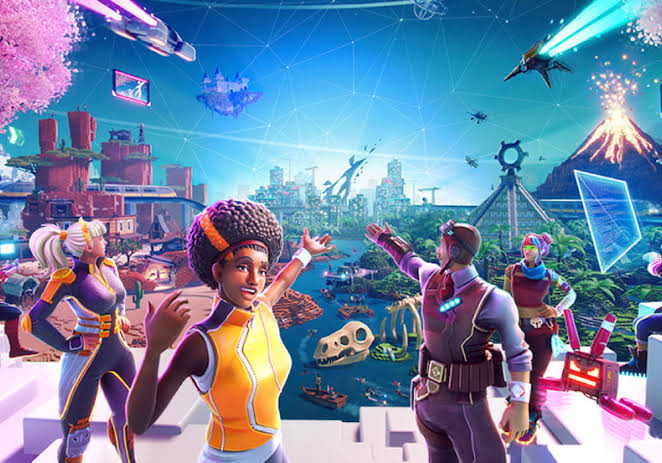 Are We in the Metaverse Yet?

Crypto people say they’re building it. Gamers might already be living in it. The art world is cashing in on it. Web veterans are trying to save it. But what is it?

The biggest ideas in tech often lurch into the lexicon before they are truly coherent. Jargon appears out of nowhere, underexplained and overused: the internet of things, the sharing economy, the cloud.

In some rare cases, the terminology sticks. A lot of people talk a lot about a lot of loosely related things, and then those things merge into a single semi-comprehensible thing. Then we live our lives within that thing forever. Remember hearing about “the internet”? Get ready for “the metaverse.”

The term comes from digital antiquity: Coined by the writer Neal Stephenson in his 1992 novel, “Snow Crash,” then reimagined as the Oasis in the Ernest Cline novel “Ready Player One,” it refers to a fully realized digital world that exists beyond the analog one in which we live.

In fiction, a utopian metaverse may be portrayed as a new frontier where social norms and value systems can be written anew, freed from cultural and economic sclerosis. But more often metaverses are a bit dystopian — virtual refuges from a fallen world.

As a buzzword, the metaverse refers to a variety of virtual experiences, environments and assets that gained momentum during the online-everything shift of the pandemic. Together, these new technologies hint at what the internet will become next.

Video games like Roblox and Fortnite and Animal Crossing: New Horizons, in which players can build their own worlds, have metaverse tendencies, as does most social media. If you own a non-fungible token or even just some crypto, you’re part of the metaversal experience. Virtual and augmented reality are, at a minimum, metaverse adjacent. If you’ve attended a work meeting or a party using a digital avatar, you’re treading into the neighborhood of metaversality.

Founders, investors, futurists and executives have all tried to stake their claim in the metaverse, expounding on its potential for social connection, experimentation, entertainment and, crucially, profit.

Matthew Ball, a venture capitalist and prolific essayist, describes the metaverse not as a virtual world or a space, but as “a sort of successor state to the mobile internet” — a framework for an extremely connected life. There “will be no clean ‘Before Metaverse’ and ‘After Metaverse,’” he writes. “Instead, it will slowly emerge over time as different products, services and capabilities integrate and meld together.”

Speaking to CNET in May, Mark Zuckerberg shared his own Facebook-centric view: “We want to get as many people as possible to be able to experience virtual reality and be able to jump into the metaverse and to have these social experiences within that,” he said, referring to the company’s experimental virtual reality environment, Horizon, which he hopes people will explore using Facebook’s Oculus headsets.

In a June interview with VentureBeat, Jensen Huang, the chief executive of Nvidia, which makes computer chips, shared more of a vibe than a vision: “We’ll be able to almost feel like we’re there with each other.”

If all that sounds too heady, for now this might do: The metaverse is the internet, but so much more. And though it may still be in the future, if it materializes at all, it seems closer than it’s ever been.