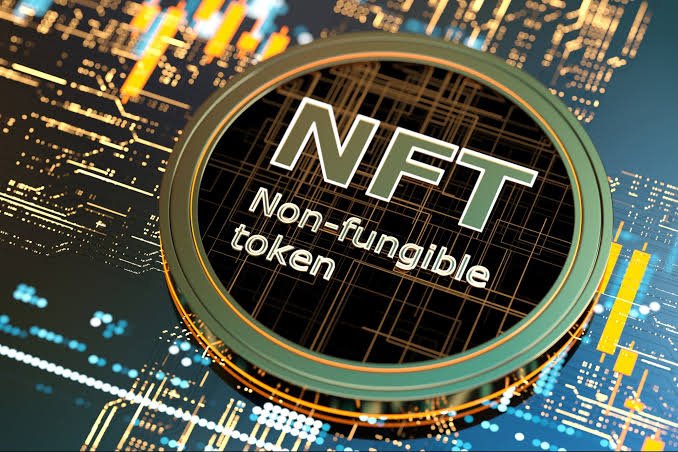 Non-fungible tokens, or NFTs, are digital assets that are indivisible and provably unique. They can be used to represent both tangible and intangible items.

Non-fungible tokens (NFTs) are another example of the fast-paced change in the industry. In this guide, you will learn what they are, how they work, and how they’re being used.

What are non-fungible tokens?

It’s this information that makes each NFT unique, and as such, they cannot be directly replaced by another token. They cannot be swapped like for like, as no two NFTs are alike. Banknotes, in contrast, can be simply exchanged one for another; if they hold the same value, there is no difference to the holder between, say, one dollar bill and another.

Bantu (xbn) is a fungible token. You can send someone one xbn and they can send one back, and you still have one xbn. (Of course, the value of xbn might change during the time of exchange.) You can also send or receive smaller amounts of one xbn, measured in spirits (think of spirits as cents of a xbn), since fungible tokens are divisible.

In late 2018, one player was so desperate to move to a “better location” in the virtual game Decentraland that they were ready to say goodbye to 2,800,000 MANA in order to purchase a land piece in-game. At the time of the deal, that was equivalent to over $215,200.

Why do NFTs have value?

As we’ve mentioned already, a non-fungible token is essentially a certificate of ownership for a digital asset. The value comes from the collectibility of that asset, as well as its potential future sale value. NFTs can be sold and traded.

Again, using art is a great example of the value of NFTs. In February 2021, digital artist Beeple sold the NFT for their Everydays – The First 5000 Days artwork for a staggering $69.3 million through Christie’s auction house.

It’s not just NFT art that sells well. There have been several notable sales of NFTs in recent months, although this has given rise to the speculation that there is a market bubble at the moment.

Some examples of NFT sales include:

What can non-fungible tokens be used for?

Many people question whether there are use cases for NFTs. However, although the concept is in its infancy, several potential uses have already emerged. Below are some of the most notable ones:

One of the uses of NFTs is that of event tickets. The argument is that if tickets are created using a non-fungible token, if you make an exchange of that ticket, there is a record of that exchange.

A couple of major issues in the fashion industry could be addressed through the use of NFTs. To start with, having a digital record of authenticity helps with issues such as counterfeit goods. Luxury items could have an attached NFT that would show it’s genuine.

Similarly, a non-fungible token could show crucial data about the origins of an item, such as the materials used, where they were sourced from, and how far the item has travelled. As issues around fashion and sustainability become more pressing, this could help people make more ethical decisions.

when exploring the huge market value related to gaming. NFTs provide gamers with a way of owning unique in-game items. Whether for fun, authenticity or in a competitive nature, such tokens can power in-game ecosystems.

How to create an NFT

If you’re a budding digital artist, you might be interested in creating NFTs for your work. Luckily, there are several platforms available that can help you get started. On the whole, the process is fairly simple, and the various platforms will guide you through the process.

However, there are a few things you’ll need to know before you’ll get started:

Are you someone that did not like following the crowd? You can begin your NFT journey on Bantu Blockchain while we awaits you as the #Gamechanger

pros and cons of NFTs

So, non-fungible tokens are clearly popular right now. But what are the positives and negatives of NFTs? Below are some potential pros and cons:

Some of the advantages of NFTs that are often stated include:

Of course, as with every new technology, there are some potential downsides. The disadvantages of NFTs include:

Are non-fungible tokens the future?

Hopefully, you now have an understanding of what NFTs are and how they work. We’ve seen that there are several potential applications for non-fungible tokens in the real world, but are they a technology of the future?

It’s hard to say whether NFTs will be widely used over the years to come. Clearly, there is a huge interest in them at the moment, as well as several potential benefits. However, the technology is in its relative infancy, and there are numerous challenges to overcome.

If you’re interested in learning more about NFTs and blockchain technology, understanding the key principles could benefit your career. Whether they’re the future or not, NFTs are a fascinating part of popular culture.

Great article, I think the Pros outweigh the Cons… Though a closer looking must be given to securing the NFTs especially the ones that involved third-party exchanges and platforms.

Nice and in-depth article. More wisdom to you

indeed…
this part though
Gaming

when exploring the huge market value related to gaming. NFTs provide gamers with a way of owning unique in-game items. Whether for fun, authenticity or in a competitive nature, such tokens can power in-game ecosystems.