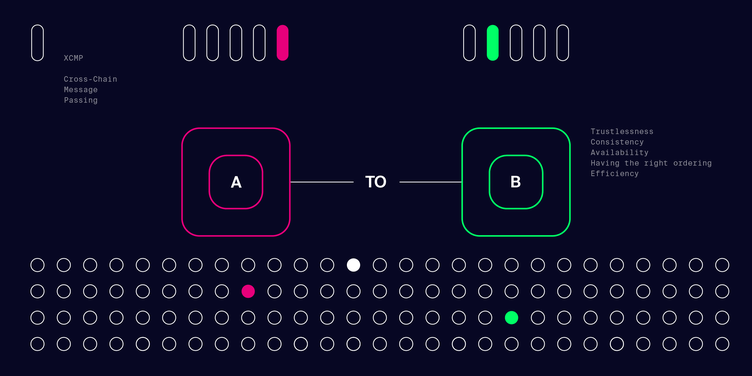 Cross-chain is a technology that enhances the interconnection between blockchain networks by allowing the exchange of information and value. In doing so, it breaks the siloed nature of blockchains to create an intertwined distributed ecosystem.

Notably, a cross-chain operates independently from the connected platforms, hence, it doesn’t inherit the shortcomings of its interfaced networks. Inter-blockchain technology aims at eradicating intermediaries when moving value between decentralized networks, enabling users to interact with other blockchains seamlessly.

Leading cross-chain projects include Polkadot, Blocknet, Cosmos and Wanchain, each of which focuses on a different aspect of interoperability. For example, Polkadot aims at enhancing the sharing of smart contract data between distributed platforms while Blocknet puts more effort into a decentralized exchange (DEX) operating between blockchains.

Some industries that require cross-chain technology include Decentralized Finance (DeFi) and Healthcare. In the DeFi scene, inter-blockchain connectivity enables token swaps between different networks, fostering interoperability, which is crucial for financial ecosystems to thrive.

Cross-chain technology also allows users to overcome common trade-offs among distributed platforms and tap into the benefits of various consensus mechanisms so they could get the best of all worlds.

What Is a Blockchain Bridge?

A blockchain bridge is a connection that allows the transfer of tokens and/or arbitrary data from one chain to another. Both chains can have different protocols, rules and governance models, but the bridge provides a compatible way to interoperate securely on both sides.

There are many different designs for bridges, but they can generally be divided into two camps: more centralized bridges that rely on trust or federation, and so-called “trustless” bridges that are more decentralized. Centralized bridges rely on some type of central authority or system to operate, meaning that users are required to place trust in a mediator to use a given app or service.

By contrast, trustless bridges are those in which users don’t have to place trust in a single entity or authority. Rather, the trust is placed in the mathematical truth built into the code. In a decentralized blockchain system, this truth is achieved by many computer nodes reaching a common agreement according to the rules written into the software. This removes many of the problems of centralized systems, which are open to corruption or abuse of power, by using transparency and incentivization of widespread participation.

Bridges can be created to suit various purposes. They are not only capable of enabling a token on one network to be used on another network, they can also be built to exchange any type of data, including smart contract calls, decentralized identifiers, off-chain information from oracles such as stock market price feeds and much more. For example, a chain anchoring verifiable credentials on Polkadot could be used for KYC (Know Your Customer) requirements by a gaming company built on Ethereum. Bridges allow applications to be even more decentralized, as they are no longer limited by their network of origin.

Thanks again for sharing. I’m familiar with Blockchain Bridge but just learning about Cross-Chain now.