What is Decentralized Application ( DAPP ) 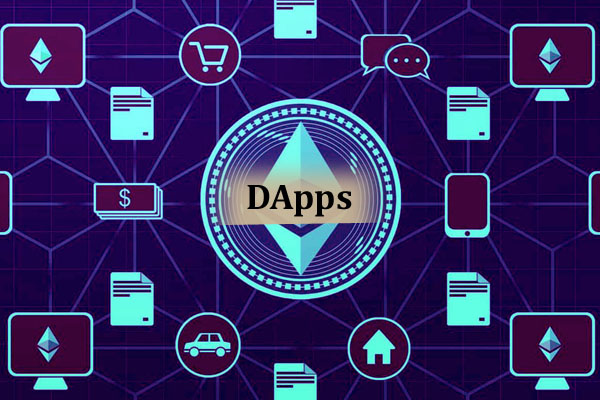 A DApp is a user interface that allows users to interact with “smart contracts” stored on a “distributed and decentralized” peer-to-peer “blockchain-based” network like the Ethereum network.

Smart contracts: A smart contract is a type of computer script hosted on the Ethereum network. The script is programmed to preform specific functions when specific conditions are met. For example, a smart contract may distribute tokens when ETH is sent to a specific Ethereum Address.

Blockchain: Blockchain is a distributed ledger, a type of database stored on many computers.

Ethereum: The Ethereum network is a cryptocurrency network that uses blockchain technology. However, one might think of Ethereum’s network as a distributed computing system, as it can do much more than just deal with cryptocurrency tokens.

Despite the name, the frontend of DApps are often not decentralized (they can be, but often aren’t).

While it can’t be a DApp if the backend isn’t utilizing a peer-to-peer distributed network like Ethereum’s, the front end of DApps are often web-based and therefore built using web programming languages and stored on a central server.

In other words, the name DApp can be used to describe applications that have varying levels of decentralization in practice.

Difference Between Apps and DApps 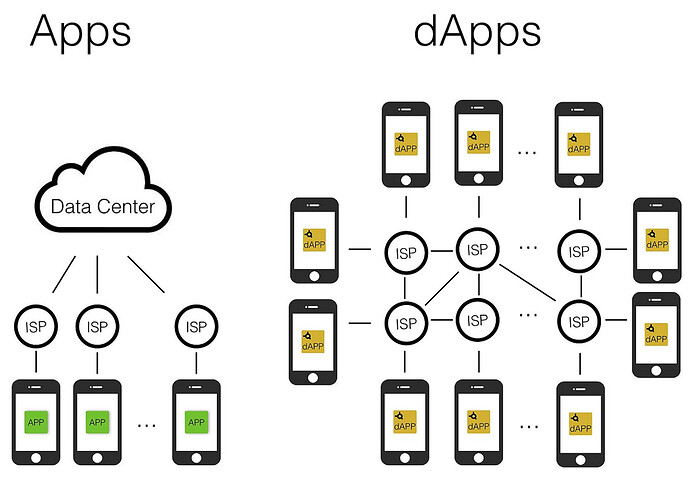 Two major differences between regular Apps and Dapps are:

With that in mind, a DApp can do anything a regular app can do, but notably the backend has the qualities of being “distributed and decentralized.”

DApps May Be on Crypto Networks, But they Aren’t Just for Tokens

Bitcoin is essentially a decentralized application that can be used for trustless financial contracts that are not subject to the whim of a single entity.

However, Ethereum and other such platforms allow for types of trustless applications beyond financial ones.

The potential of DApps is theoretically vast, but the technology is still in its infancy.

See some examples of DAPPs to better understand what the technology is being used for today and might be used for in the future.

What Makes a DApp a DApp?

Expanding on the basics above, here are some other qualities the DApps should have:

Bottomline: Any interface for a smart contract (by any name) is a DApp, and any network that utilizes smart contracts (by any name) can have DApps on it. Ideally developers utilize as much distributed and decentralized tech as possible, but the reality is DApps exist in theory and in practice in a broad category.

This is really educative and informative. I was thinking also if Bitcoin has a smart contract🤔