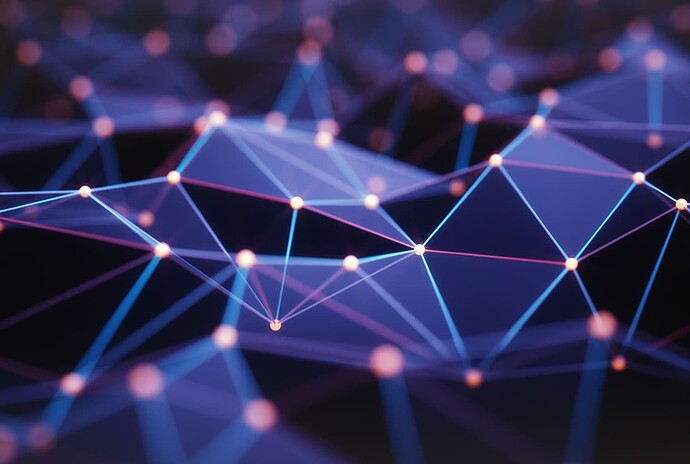 iA3GXPWW-noderss1520×1024 70.2 KB
A node, in the world of digital currency, is a computer that connects to a cryptocurrency network. The node or computer supports the network. It supports it through validation and relaying transactions. At the same time, it also gets a copy of the full blockchain.

Any computer that connects to the Bitcoin network, for example, is a node. There are different categories of nodes.

Regarding nodes in the Bitcoin network, bitcoin wiki says the following:

Any computer that connects to the Bitcoin network is called a node. Nodes that fully enforce all of the rules of Bitcoin are called full nodes.

Most nodes on the network are lightweight nodes instead of full nodes, but full nodes form the backbone of the network.

Node vs. network vs. parameter

The world of cryptocurrencies and blockchains, just like the world of computer science, is full of jargon. It is important to understand what some of them mean. Jargon refers to terminologies that people use in specific industries, niches, or professions. Often they are words that exist in everyday English, but their meanings are not the same.

Blockgeeks has been my main source of data for the explanation below regarding boxes, a toaster, and electrical power.

Let’s imagine a simple box. It takes inputs and does something to the data in that input. It then gives an output.

We call this box a node. The box is just a hypothetical case, i.e., nodes are not exactly ‘boxes.’

We refer to a collection of these nodes as a network. In a network, the nodes all link to one another.

The nodes bind to each other according to certain rules. We call these rules parameters. 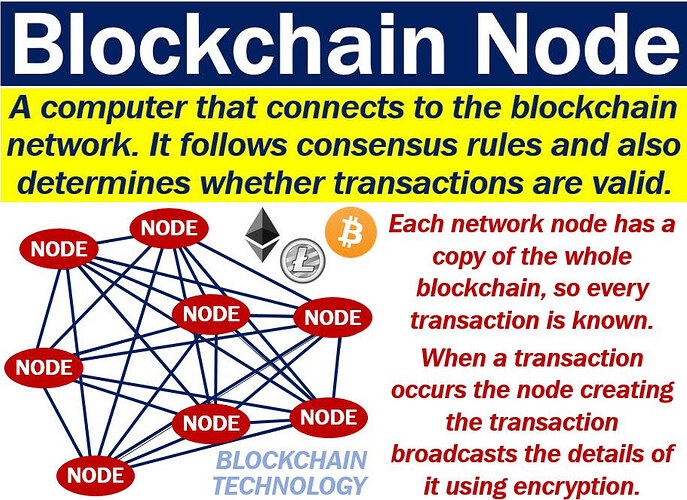 According to IBM: “Instead of relying on a third party, such as a financial institution, to mediate transactions, member nodes in a blockchain network use a consensus protocol to agree on ledger content, and cryptographic hashes and digital signatures to ensure the integrity of transactions.”

In some networks, each node has only one input. In others, however, there are two or more inputs.

When I make toast, I get bread and put it into a toaster. The toaster takes in electrical power and then outputs the toasted bread. This network consists of the following nodes: bread, power, toaster, and toasted bread.

The toaster has two inputs; it receives bread and also power. The toaster cannot work on bread alone or just on power with no bread. In the same way, nodes with multiple inputs cannot work if one of them is missing.

Put simply; a node is something in a system (network) which receives at least one input and releases output.

In the case of Bitcoin, Ethereum, and other cryptocurrencies, the nodes are computers. These computers receive transaction details, record them, and validate the data and transactions. They then broadcast everything (output) to all the other nodes.

Node vs. blockchain vs. miner

In the world of cryptocurrencies, we call each transaction data bundle a BLOCK (record). Each block has a hash pointer as a link to its preceding block, plus transaction data and a timestamp.

One block is linked to the one before and after it. In other words, they are linked in chronological order. We call this chain of blocks a blockchain.

The blockchain has within it what we call smart contracts. These digital contracts work automatically, i.e., they are self-executing. Smart contracts consist of lines of computer code. The contracts require no intermediaries such as notaries or lawyers.

In a cryptocurrency network, it is necessary to make sure that there is replication of data. Put simply; the system does not store transaction data just in one node, but across all the nodes. It is a distributed ledger.

This replication of data makes the blocks resistant to manipulation. It also makes it virtually impossible to carry out an effective cyber attack. A hacker would need to attack every single block in the blockchain simultaneously.

The blockchain provides each cryptocurrency chain’s validity. The blockchain is, therefore, a list of records (blocks) that is forever expanding.

Each time there is a new transaction, a miner adds a new block to the blockchain.

Miners are the people who validate transactions, make sure the hash and timestamp are correct and solve mathematical problems.

When the miner’s work regarding a transaction is complete, the block joins the blockchain. For their effort and time, miners get a reward in the form of new units of a cryptocurrency. For example, a Bitcoin miner will receive a certain number of Bitcoins.

Thanks for sharing this knowledge with us.