What Is a Genesis Block? 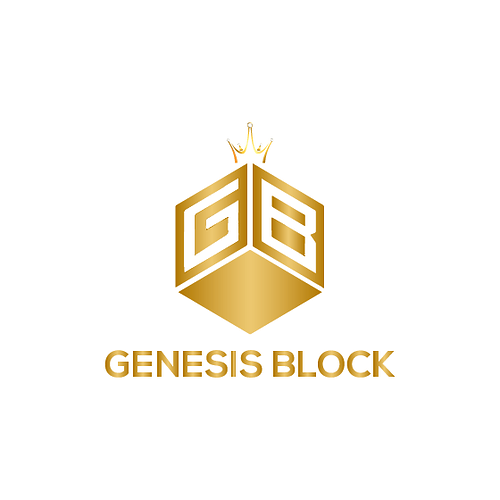 A Genesis Block is the name given to the first block of a cryptocurrency, such as Bitcoin, ever mined. A blockchain consists of a series of so-called blocks that are used to store information related to transactions that occur on a blockchain network. Each of the blocks contains a unique header, and each such block is identified by its block header hash individually.

These blocks get layered—one on top of the other, with the Genesis Block being the foundation—and they grow in height until the end of the blockchain is reached and the sequence is complete. The layers and deep history of each sequence is one of the things that makes a blockchain-based cryptocurrency so secure.

Bitcoin’s Genesis Block was the first instance of a proof-of-work blockchain system and is the template for all other blocks in its blockchain. In 2009, Bitcoin’s pseudonymous developer, Satoshi Nakamoto, created the Genesis Block, which launched the cryptocurrency boom that is ongoing today.

Blocks are effectively digital containers where data pertaining to the transactions on the network are permanently recorded. A block records some or all of the most recent Bitcoin transactions that have not yet entered any prior blocks. Thus, a block is like a page of a ledger or record book. Each time a block is “completed,” it gives way to the next block in the blockchain. A block is thus a permanent store of records that, once written, cannot be altered or removed.

The Genesis Block, also known as Block 0, is the very first block upon which additional blocks in a blockchain are added. It is effectively the ancestor that every other block can trace its lineage back to since every block references the one preceding it. This began the process of validating bitcoin transactions and introducing new bitcoins into existence.

The next block, known as Block 1, wasn’t mined until six days after the Genesis Block. This is considered odd as the average timestamp gap between blocks is intended to be 10 minutes.

There are a few theories regarding the delay: Some have theorized that Nakamoto spent six days mining the original block to test out the Bitcoin system in order to make sure it was stable (then backdated the timestamp), while more some cultish followers believe Satoshi intended to recreate the story of God’s rest after creating the world in six days.

In the world of digital currency, blocks are files where data about the Bitcoin network and its transactions are permanently recorded. Each time a block is completed—that is, filled with bitcoin transactions—it gives way to the next block in the blockchain. The only way to release new cryptocurrency into circulation is through mining. So, to “mine bitcoin” is to "mint currency.

Mysteries of the Genesis Block

Beginning with the fact that the name “Satoshi Nakamoto” itself is a pseudonym, the Genesis Block and the founding of Bitcoin remains riddled with mystery. Shortly after the launch of Bitcoin, the person called “Satoshi Nakamoto” vanished from the face of the earth, leaving barely a trace. This auspicious event paved the way for the continuous enigma surrounding what fans lovingly call “the Block.”

The First 50 BTC Could Not be Spent
The Genesis Block’s beginnings were shrouded in the debate about a fine point of its creation: Was the code that rendered the Genesis Block effectively untradeable an intention or a mistake on the part of Nakamoto?

But why? Did Nakamoto mean for the first bitcoin to be non-tradeable? Or, was it a mistake? This became the subject of much debate among Bitcoin fans and insiders. Because of the precision of this developer, however, most believe that it was hardly an error. Nakamoto likely wrote the code for the Genesis Block exactly the way he wanted it. We just will never know why, as the quirk was not discovered until after Nakamoto disappeared.

Current versions of the Bitcoin system handle the block/transaction databases differently from the original system, so the Genesis Block’s transaction is now just a weird special case in the code. 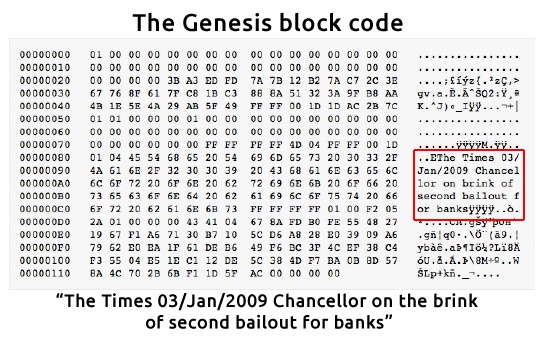 Another puzzling aspect of the Genesis Block is the secret message that Nakamoto instilled within the Block’s raw data: “The Times 03/Jan/2009 Chancellor on brink of second bailout for banks.”

Although Nakamoto never commented on the meaning of this text, most believe that it serves as a mission statement for Bitcoin itself.

The text is a headline for an article in the January 3, 2009 edition of The [London] Times about the British government’s failure to stimulate the economy following the 2007–08 financial crisis. Nakamoto famously hated the idea of too-big-to-fail financial institutions and wanted Bitcoin to be different in that regard. Most people think that Nakamoto’s reference to the article in the Genesis Block’s code was a hint as to how Bitcoin is different from the big investment banks that needed government bailouts in 2008.

The True Legacy of the Genesis Block

Bitcoin cannot be bailed out because its process eliminates the middleman; there is no third-party, no corporate entity to go between BTC and the consumer.

The Bitcoin network checks and double-checks itself continuously via complex mathematical problems that are first resolved by computers, then by human bitcoin miners. One cannot proceed with any bitcoin trade until the math puzzle is validated. Another failsafe is that, because all transactions are stored forever, the actions of miners can always be traced, which makes it impossible to hide any evidence of wrongdoing.

In November 2013, early protegees of Nakamoto formed the Satoshi Nakamoto Institute (SNI) to educate the public about the history and vision of Bitcoin’s creation. Among other interesting details, the SNI houses one of the biggest remnants of Nakamoto’s online existence: An extensive list of forum posts, broken into subject categories, that the Bitcoin creator penned while he still worked on the project.

Some Bitcoin fans hold the Genesis Block in a kind of cult-like reverence, as they do its anonymous creator. Fans are drawn to Bitcoin’s arcane construct and idiosyncratic vocabulary with the fervor of one obsessed with a sophisticated arcade game.
Bitcoin devotees have been donating small amounts of BTC to the Genesis Block as a tribute to Satoshi Nakamoto. This is seen as a kind of sacrifice because once a coin is moved into the Genesis Block, it can never be moved again—sort of like throwing a quarter into a fountain.